It is a form of corrosion caused by microorganisms, according to API 571, against bacteria, fungi and even algae. Basically, this mechanism develops in areas of tight flow where certain types of bacteria that can cause corrosion proliferate. These bacteria, once they enter the system, adhere to the metal walls of equipment and pipes and colonize and reproduce there. 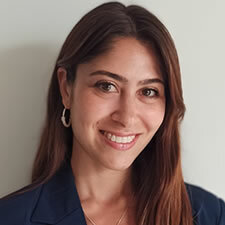 Well… How does a bacterium cause corrosion in a metal? Aerobic colonies metabolize nutrients from the water and create a film that forms a "tuber". This "tubercle" generates special conditions on the surface whose pH is acidic (between 3 and 4), therefore, a cell of differential aeration attacking the metallic components. Similarly, the bacteria Anaerobic bacteria are capable of lowering the pH between 2 and 4.

That is why the environments prone to microbiological corrosion are those systems where there is a presence of water, such as: fire-fighting water systems, flare systems and drainage. In addition, colony formation is observed, especially in areas of stagnant and semi-stacked flow, such as storage tanks.

instagram story viewer
storage or dead leg piping zones. The most affected typologies, in general, tend to be the exchangers that work with cooling water, as well as storage tanks. storage, pipes in direct contact with the ground and any other type of unit or system that works with water, either for its containment or transfer (with low speed flow).

On the other hand, it can be considered as critical factors for the development of this deterioration mechanism, as mentioned, the unfailing presence of water and low flow rates, as well as the temperatures and the pH. However, it is known that there are various microorganisms that can colonize at pH that vary between 0 and 12 and even in ranges of temperature from -15ºC to 115ºC).

In addition, bacteria require nutrients to survive, so the presence of carbon, nitrogen and phosphorus results in a beneficial environment for their growth. reproduction.

According to API 571, both carbon steel and stainless steel are susceptible to MIC, including the 300 and 400 series of stainless steels (SS), and aluminum and nickel-based alloys, among others. However, some tests show that metals such as titanium are highly resistant to this type of corrosion.

When we talk about bacteria, the universe is infinite, although not all of them are the cause of microbiological corrosion, some are typically the most identifiable in the petroleum industry and the gas. For example, acid-producing bacteria (ATP) and sulfate-reducing bacteria (SRB). However, the world is complex and there are multiple types of organisms interdependent, that are capable of being food sources for other organisms and that, therefore, will be present in these systems.

Additionally, as a critical factor, there is talk of the possibility of contaminants entering the system, such as for example hydrocarbons or H2S, which tend to contribute to the increase in fouling and, therefore, the corrosion.

When we talk about a mechanism of this type, we must try to identify it and this is possible, not only from the analyzes physical - chemical of the fluid in question and its respective analysis of bacteria, but also based on its damage morphology. MIC is frequently identified from pits, that is, localized pitting. And preferably, it is detectable in low areas, watertight or semi-watertight areas, tank floors and deadlegs.

Finally, we will see how it is possible to contribute to the prevention of this threat, since the industry has put a great effort into studying techniques and alternatives to reduce the impact of this phenomenon. In this sense, the most widespread alternative is the use of biocides such as chlorine, bromine, among others, whose doses to be injected will depend on the concentrations present in the system. It should be noted that the application of this chemical contributes to the control of proliferation, but not to its complete elimination, therefore, additionally, the systems must be cleaned and rinsed, minimizing growth in volume areas dead. On the other hand, from the design of the equipment this can be foreseen, for example, by designing and building pipes with a certain degree of inclination that facilitates their drainage.