An ionic bond is an electrostatic force capable of holding together two ions whose charges are opposite (for example, positive/negative) in an ionic compound. 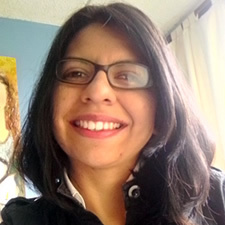 An ionic bond takes place due to the transfer of electrons from lower atoms. Energy of ionization towards atoms of high electronic affinity, which produces oppositely charged ions attracted by coulombic forces [1]. For example for potassium chloride salt:

Potassium has 1 valence electron, this having a low ionization energy gives the electron to chlorine that has 7 valence electrons that is characterized by having high affinity electronics. The result of the electron transfer is that both atoms are left with an opposite net charge. joined by electrostatic forces, in addition, have a closed shell electronic configuration (18 electrons).

To find out if a pair of different elements are linked by ionic bonding, the difference in electronegativity is evaluated, whose value must be equal to or greater than 1.8 according to the

An ion is an atom or a group of atoms that has a net positive or negative charge. When an atom is subjected to a chemical changeconventional, the number of protons and neutrons remains unchanged, which is why the atom retains its identity, however, during the process, atoms can lose or gain electrons from the last energy level (valence electrons): if a neutral atom loses electrons, an ion with a positive net charge is formed. cation (A+n); On the contrary, if the neutral atom gains one or more electrons, a negatively charged ion or anion (A-n) is formed. For example:
Calcium Atom Ca Ion Ca+2
20 protons

10 electrons
Also, there are ions formed from the combination of two or more atoms with a net positive or negative charge and are called polyatomic ions. OH– (hydroxide ion), CN– (cyanide ion), MnO4- (permanganate ion) and NH4+ (ammonium ion) ions are some examples of polyatomic ions [2].

The compounds formed by these bonds are known as ionic compounds and are characterized by:

- They are soluble in water.

- When they are in a pure form they do not conduct the electricity, however, when dissolved in water solution resulting is electrically conductive due to the presence of dissolved ions.

- Most ionic compounds are found in the solid state in nature and form ordered crystal lattices.

Ionic compounds are often represented by empirical formulas because they are not made up of units. discrete molecular structures, but as alternating cation-anion stacking that give rise to the formation of structures compact.

Stability of an Ionic Compound

The stability of an ionic compound in the solid state can be measured from the lattice energy, which is defined as the minimum energy required to separate one mole of solid ionic compound into its ions in the gas phase [3]. The lattice energy is defined in terms of the charge of the ions and the distance between them following the law Coulomb law, to apply this law it is necessary to know the composition and structure for the ionic compound. For example, if Coulomb's law is applied to sodium chloride (NaCl):